The nutrients that plants need in order to grow are the same nutrients that industry experts assert can be derived from the gypsum byproduct produced from coal-fired power stations. Gypsum has proven to have a wide variety of uses including being used to make drywall, cement filler, plaster of Paris, and even as a means of thickening tofu.

Gypsum can be found naturally all over the world in massive deposits, in places like the U.S., China and Iran. However, mining isn’t always practical, or economically viable. Densely populated countries like India, Vietnam, and China have been using the method of flue-gas desulfurization for years to remove sulfur dioxide and create what is commonly known as FGD gypsum. This gypsum is considered synthetic, but is almost identical to the material being mined throughout the world.

Mined Gypsum and FGD Gypsum particles alike are consistent in their small size and ability to react in chemical and non-chemical reactions. Power stations that have not found a use for the byproducts created through the burning of coal such as fly ash, bottom ash, gypsum and more, are regrettably land-filled, costing companies money, time and energy to maintain these sites, and wasting land that could be put to better use.

FGD Gypsum has been determined safe for agricultural use through many studies, confirmed worldwide. The next step in this process is adaptation.  Join us at Coal Ash Asia 2019, August 22-24, in Youyu County, Shanxi Province, China, to discuss utilization and applications for FGD Gypsum and other highly useful byproducts from coal-fired power stations.

National Thermal Power Corporation Limited (NTPC) is tackling the first series of limestone gypsum FGD systems in the Indian Market. NTPC is India's largest energy conglomerate with roots going back to 1975. NTPC Ltd is an Indian Public Sector undertaking, engaged in the business of generation of electricity and allied activities. Some of the largest coal fired power stations in India are owned and operated by NTPC.

Mitsubishi Hitachi Power Systems (Japan) has received an order from NTPC to implement India’s first ever Limestone-Gypsum FGD System in India. There will be six systems installed, on top of the already functioning power generating facilities in Central and Northern India. Two of the installation will occur at the Mouda Facility, with a combined capacity of 1320MW. Other systems will be installed at Rihand plants two and three, with 2000 MW capacity total. The FGD system type that will be implemented at these facilities will be a dry spray desulfurizing scrubber system.

Mitsubishi Hitachi Power Systems is a conglomerate of Mitsubishi Heavy Industries, Ltd. (MHI) and Hitachi, Ltd. Since 2014, MHPS has been achieving goals in environmental technologies and project engineering across the globe.

Here is how MHPS is helping NTPC curb emissions of atmospheric pollutants by using off-gas cleanup systems and technologies:

1.     The desulfurization absorbs sulfur oxides, and collects the generated gypsum by reacting limestone with SOx.

More than ever before, India is pursuing rigorous emission-fighting methods for every stage of the energy producing process, from cleaning coal, to processing and utilisation technologies post combustion.  Since coal is still India’s top energy source, adding FGD type systems is actually becoming increasingly common. Only time will tell which technologies will aid India’s goals best and extend to industry wide practice.

A big thank you to everyone who participated in our Coal Ash Asia 2018 proceedings in Shuozhou City, China, this past September 12-15th. This year's topics focused on the high-value utilization of fly ash, FGD gypsum and coal gangue as well as highlight applications in building material products (cement, concrete, geopolymers etc).

We would like to extend our humble gratitude to our friends at the China Building Materials Academy’s Institute of Technical Information for the Building Materials Industry, in Beijing. This year’s extension and construction of our annual products and services exhibition was our largest in Coal Ash Asia history, with over 50 exhibitors, and a welcome ceremony which included an orchestra playing on instruments made primarily from fly ash!

This year also welcomes esteemed contributor, Mr. Bill Martin, who led engaged attendees in his workshop, “Fly Ash Use in Road and Embankment Construction”. Here, Mr. Martin led the discussion for industry experts, who explained real-world projects of American and Australian fly-ash in road projects. Also discussed were new technology and applications in road engineering. Attendees were able to openly discuss and compare methods and approaches to road construction, and receive technical explanations as to the process of applying road and embankment technology from start to finish.

We are excited to announce upcoming events and association/research developments in the new year. Please sign up for our newsletter to stay in touch!

Here are a few pictures from CAA2018! An Album will be available under past events, in the coming weeks. 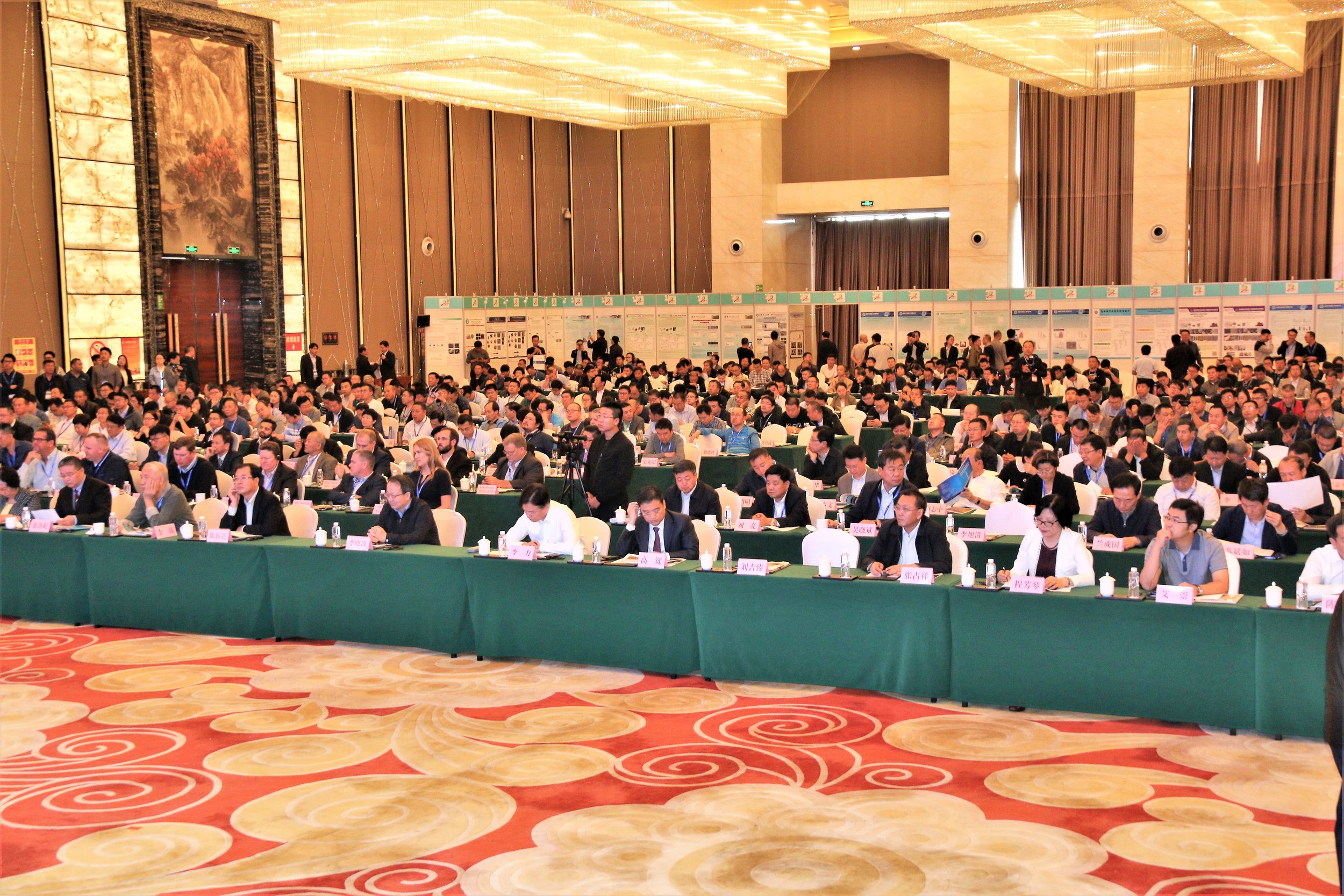 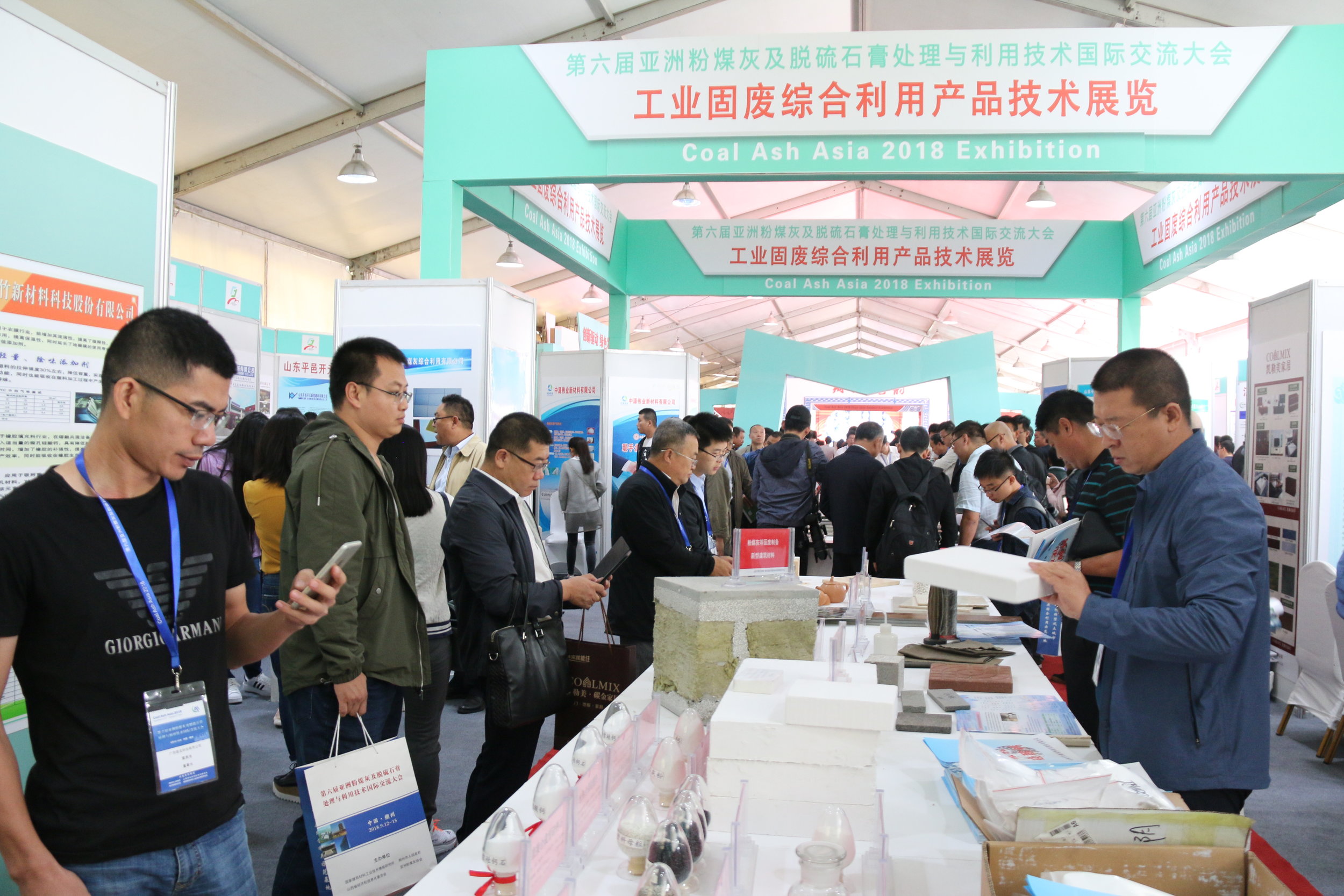 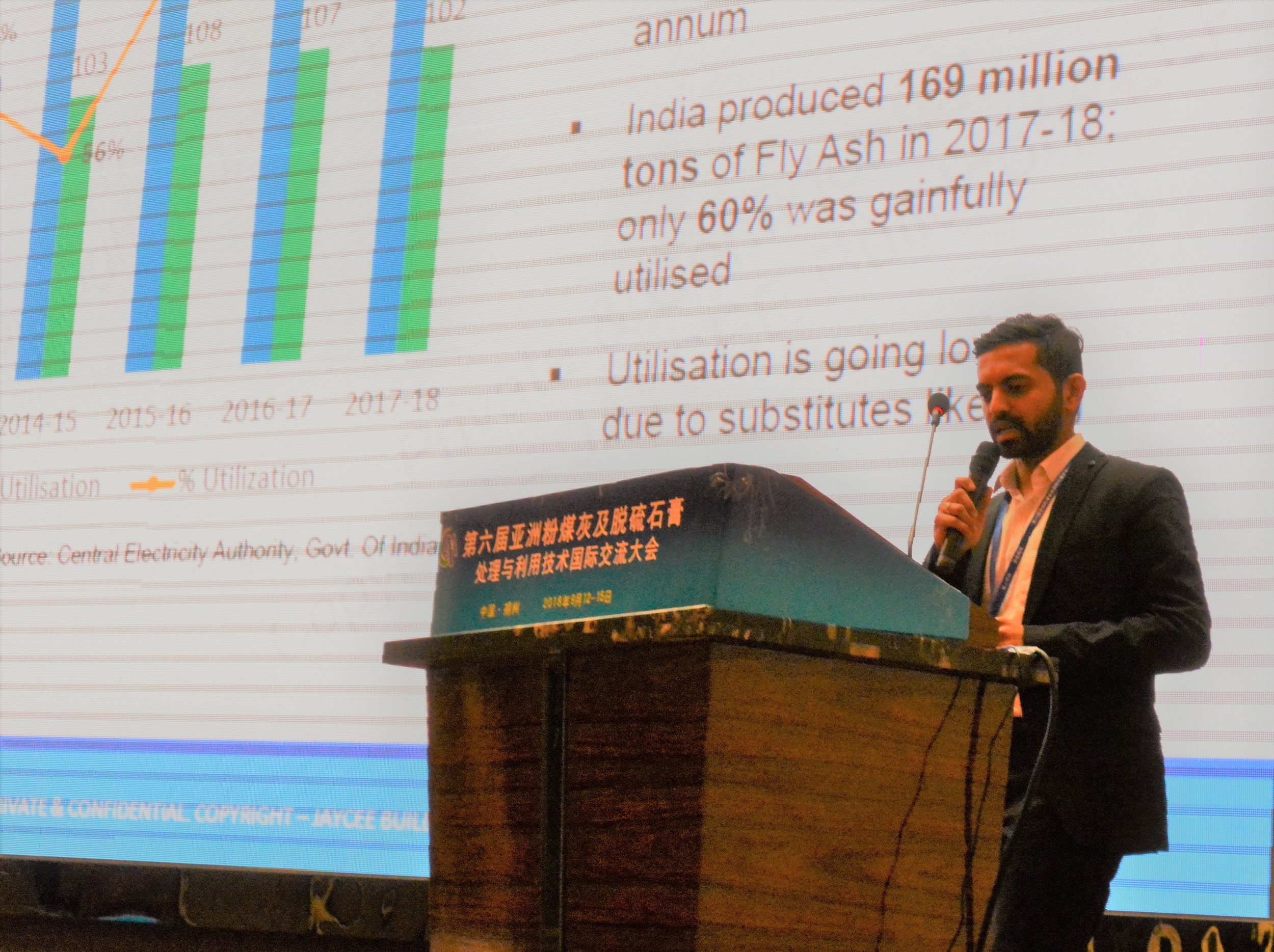 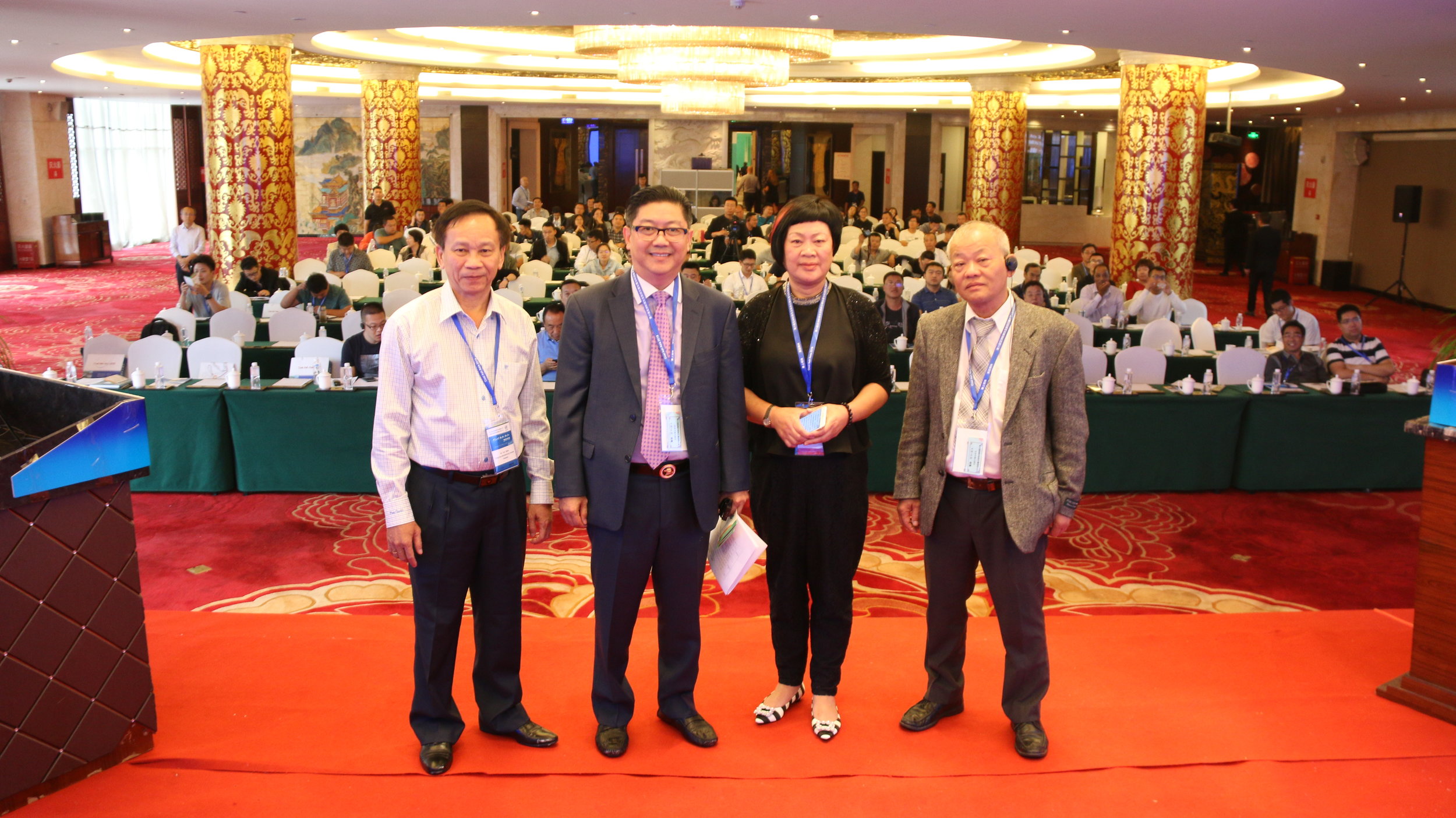 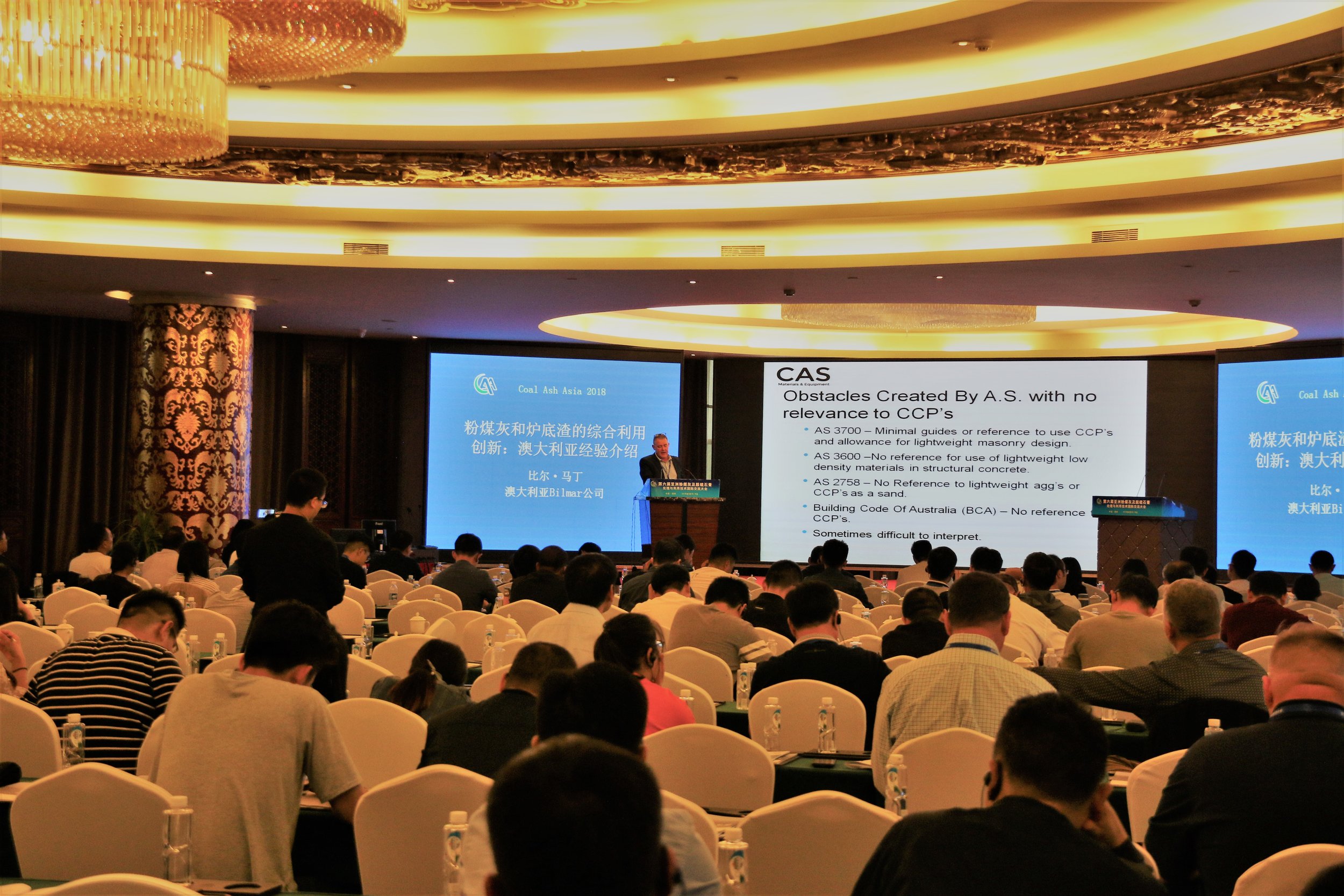 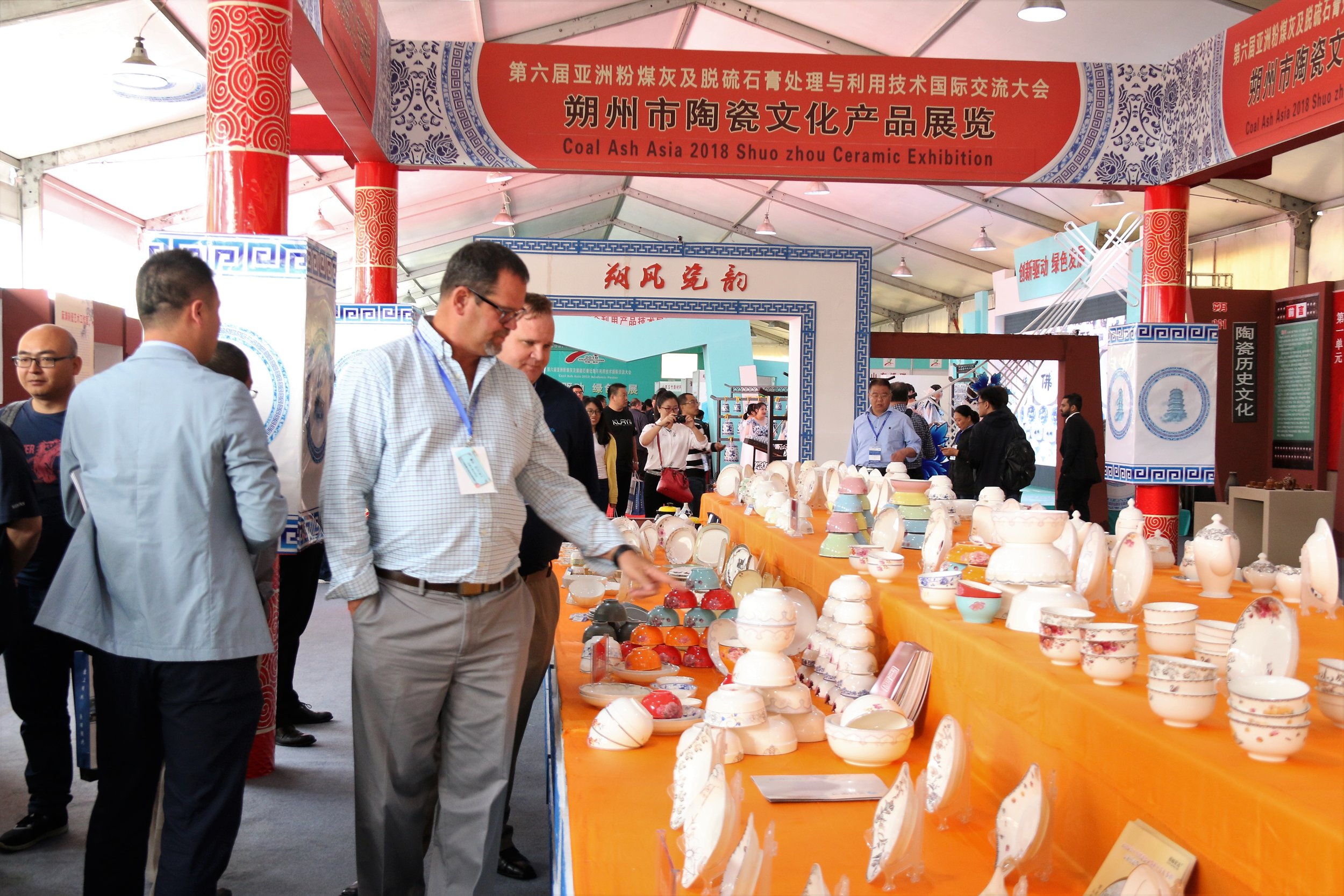 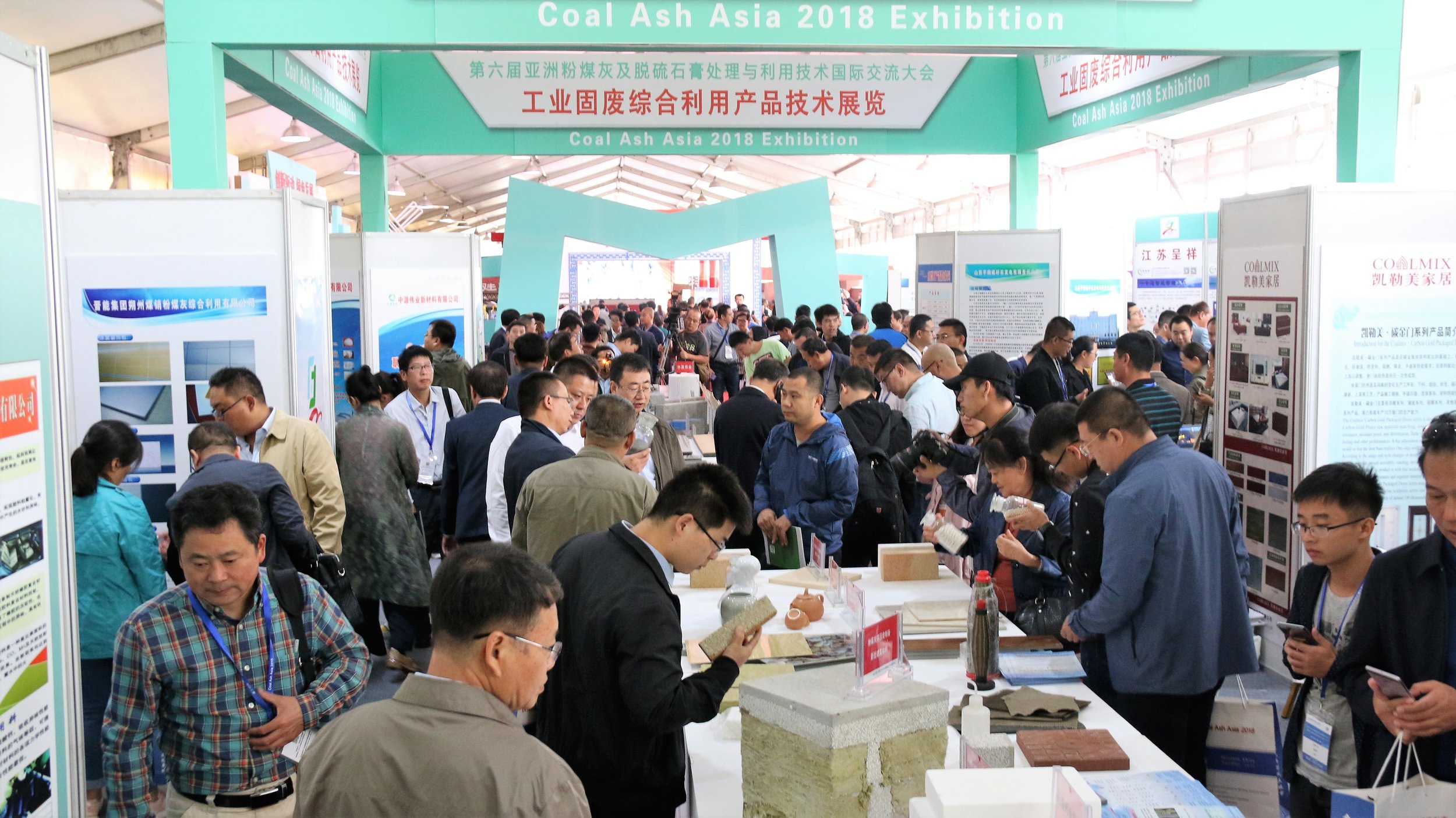 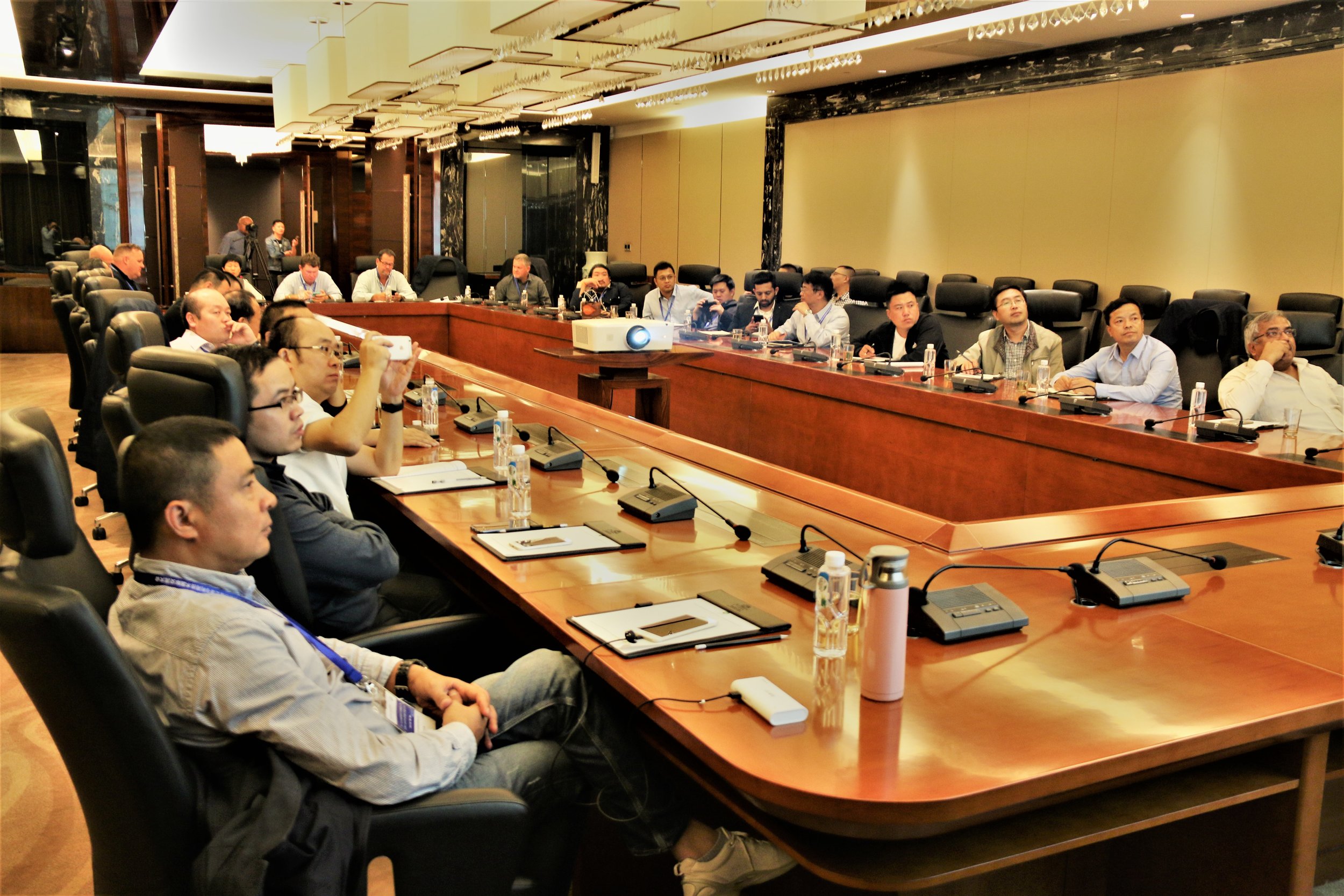 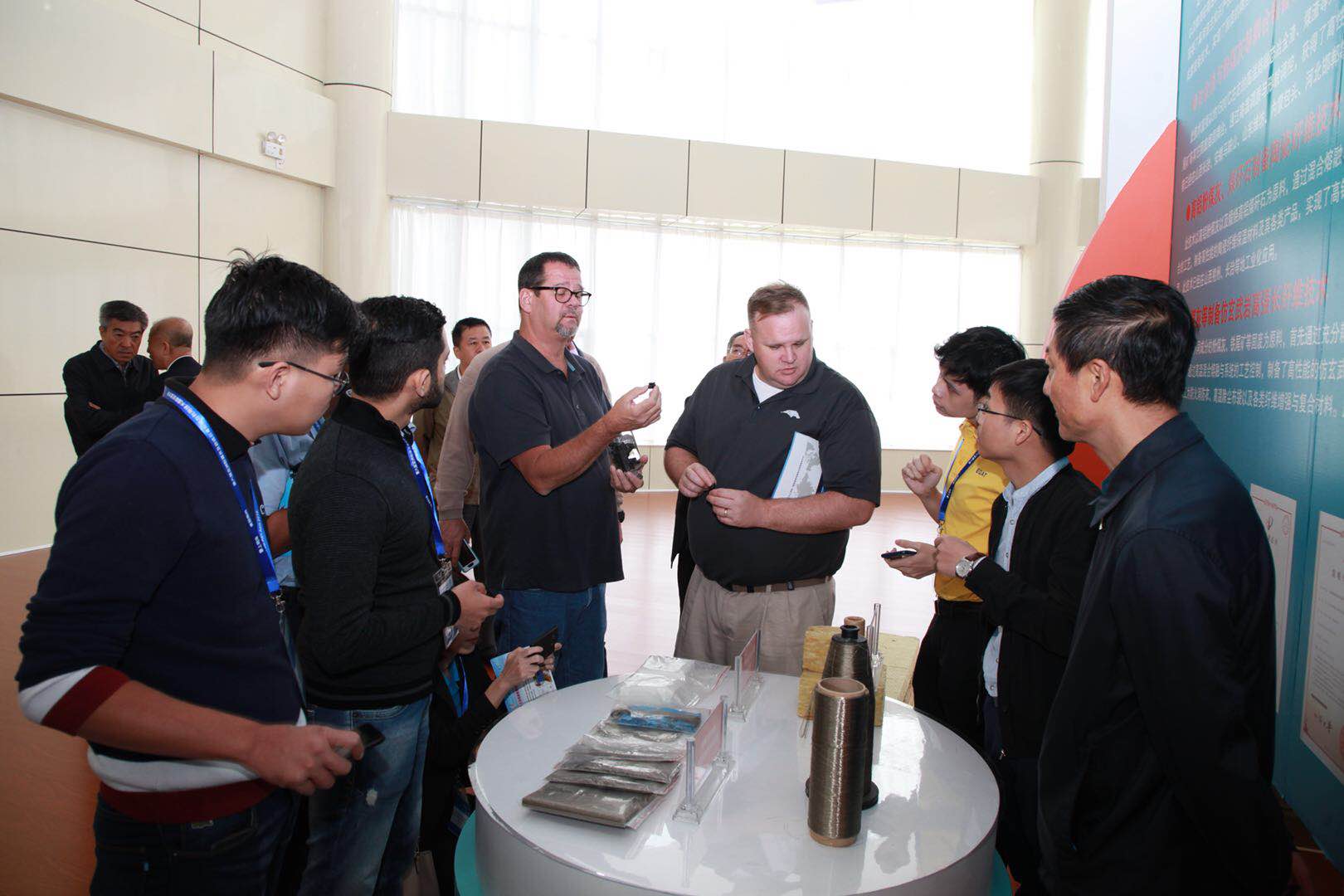 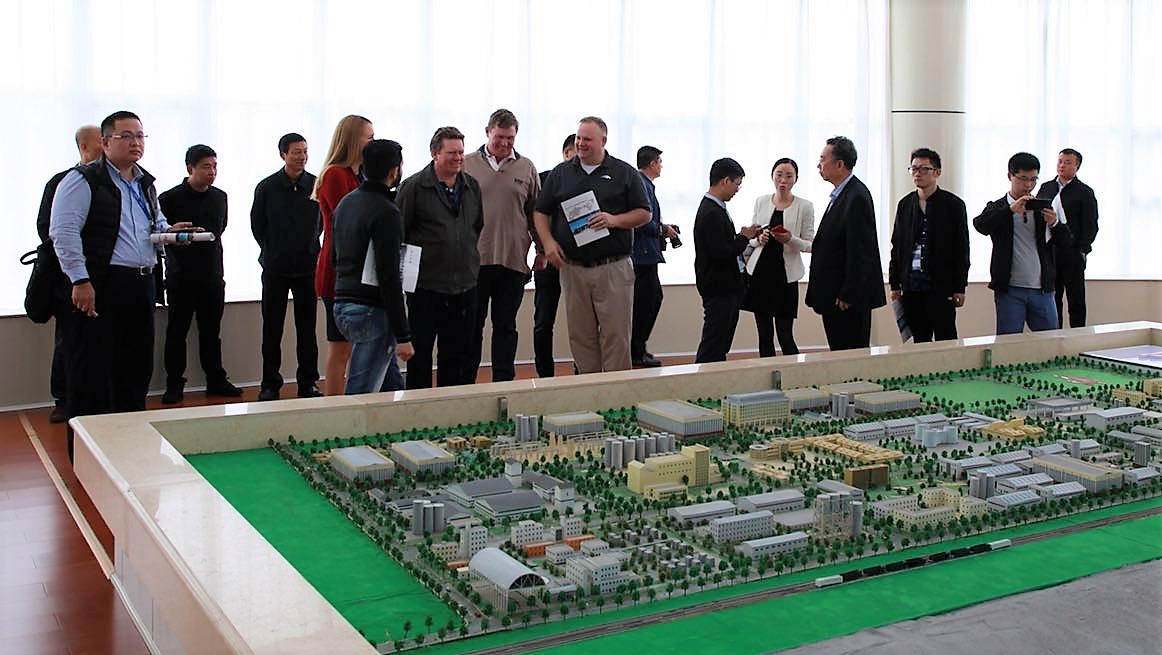 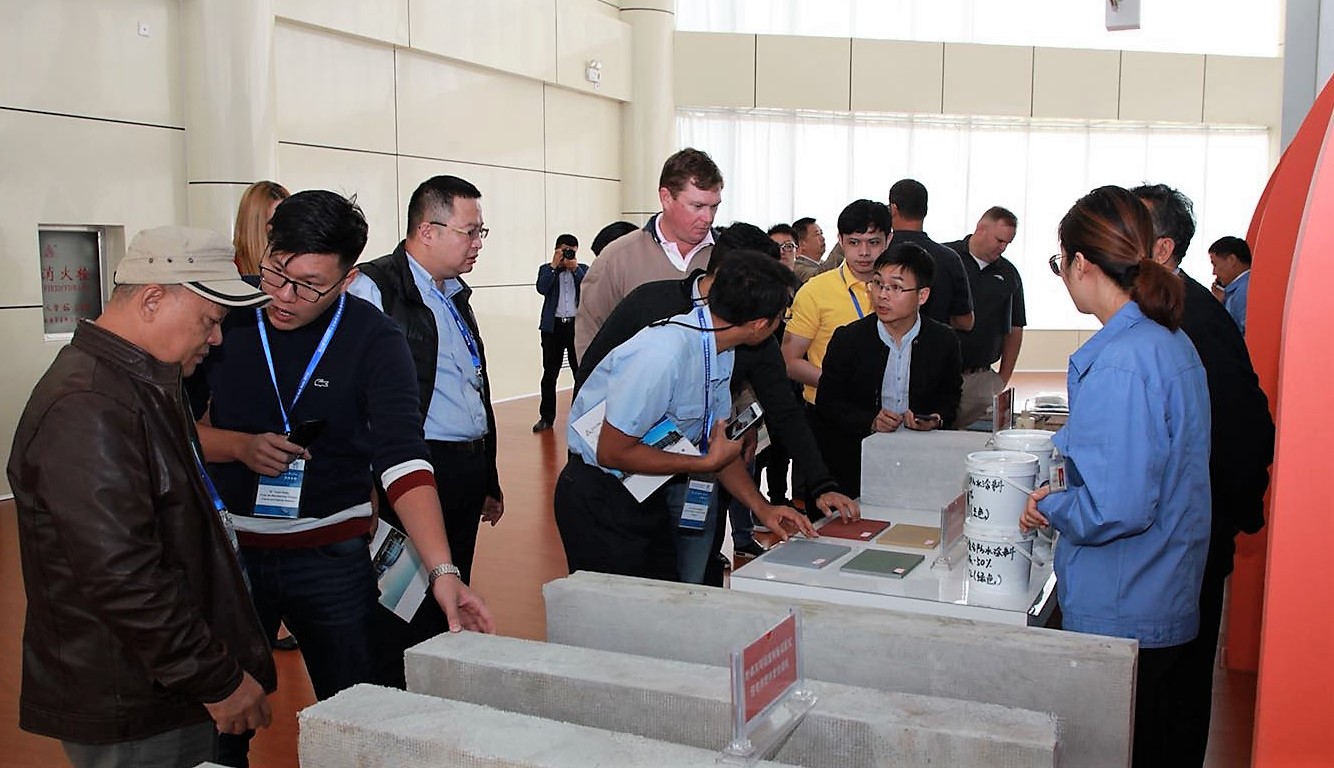 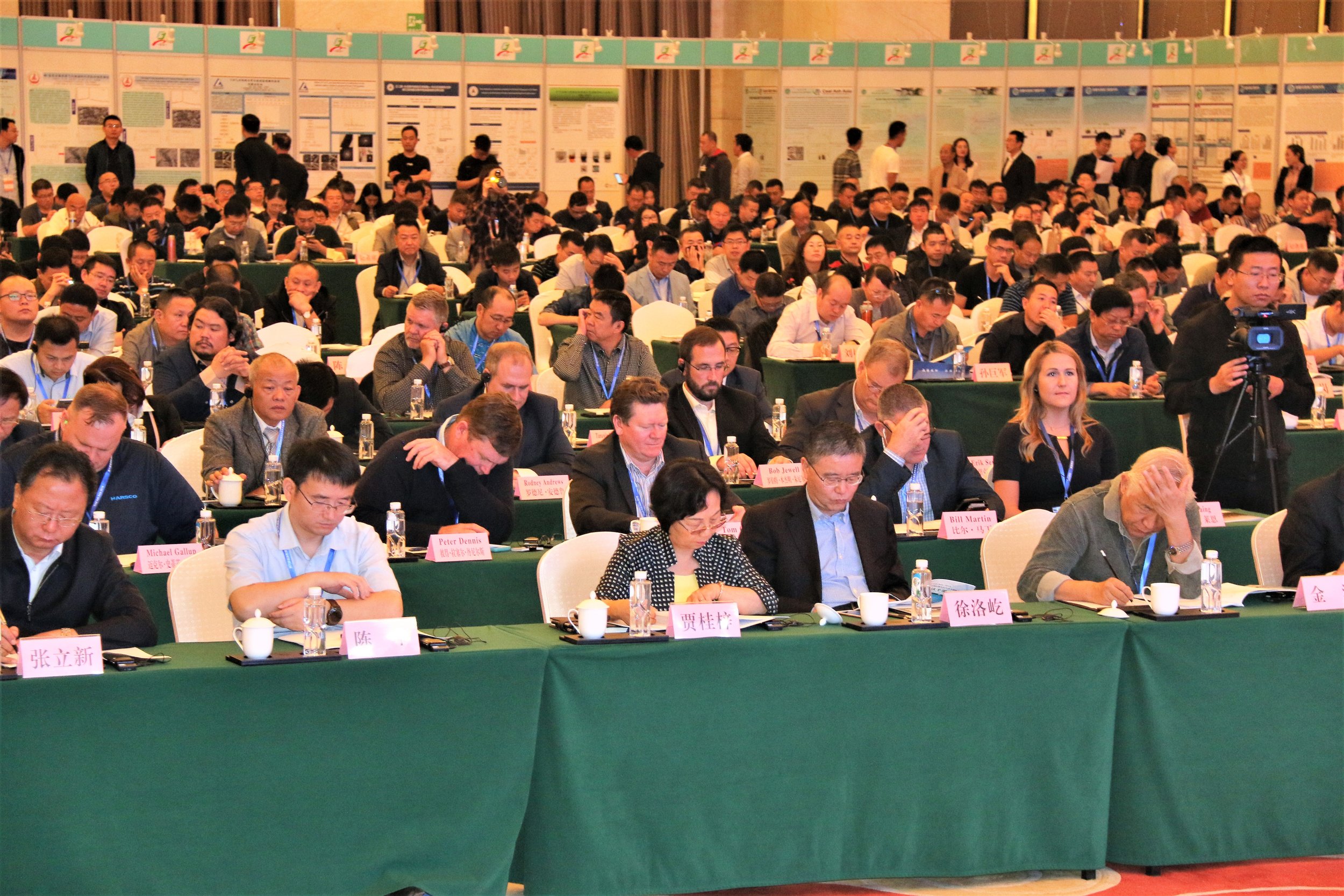 Want to Download the Conference program from CAA2018? You can find it on our CAA introduction page.

Another successful workshop, organized by AsianCAA and hosted by our friends at ALCON (Anil Counto Enterprises) took place in Goa, India during the globally prestigious CoalTrans India conference.

Explored in “Fly Ash Use in Road and Embankment Construction” were some of the technical, environmental and operational requirements for achieving maximum benefits from fly ash in road and embankment construction.

In attendance at the workshop were ash managers, construction and engineering firms, government officials including the Department of Transport and the Ministry of Environment.

The group examined the many benefits of incorporating fly ash and bottom ash into Portland Cement/Concrete. Extensive research and countless highway and bridge construction projects have indisputably proven the following facts about the use of fly ash in construction:
1. Higher ultimate strength

AsianCAA hosts and organizes multiple workshops and conferences throughout the year. To find out more about our next event, enter your email below and we will send you more information.

Asian Coal Ash Association Chairman, Mr. David Harris, and fellow AsianCAA members will be in attendance at this year’s CoalTrans India conference this February 12-14, 2018 at the Hyatt Goa in Goa, India.

Mr. Harris will host a panel on international ash trade during the conference that will be attended by the conference's over 600 guests, from India and around the world. Attendees will review and exchange knowledge surrounding domestic production and competitive green alternatives. India’s Coal sector has been under scrutiny and vast reform for many years and is confronting an era of change.

For more information on Coaltrans India 2018 or information on upcoming Asian Coal Ash Association hosted or supported events, please click the links below.

In India the main source of fuel, as in the rest of the world, continues to be coal. Correspondingly, as research and innovation endure, coal combustion products continue to increase in utilization in a competitive world facing mineral shortages.

India is known to have some of the dirtiest coal in the world, with high ash outputs. According to the latest report of the Central Electricity authority, between April and September 2015, 132 thermal power plants (TPPs) of 58 Utility Companies having an installed capacity of 130,428 MW consumed 251.69 million tons of coal with an average ash content of 33.23%. This led to generation of 83.64 million tons of coal ash, out of which only 46.87 million tons (or 56.04%) was gainfully utilized.

The consensus in India, as well as China, another top consumer of coal is this: the infrastructure transformation from coal energy to newer energy including solar and wind will take at least three more decades to create. In the mean time, bridging the gap between generation and utilization of coal ash and cleaning coal before combustion continues to be the current agenda.

As coal ash is broken down into two parts, bottom ash that takes up approximately 20%, and fly ash, the more widely used fly ash at 80% of all ash output.

Current common wet extraction practices of bottom ash are now making way for newer dry practices where the cost and inefficiencies of having to dry the ash before use are no longer hindrances to change in infrastructure. Equipment manufacturers in India and China are beginning to implement new machinery that is able to extract, cool and convey the ash in a dry state. Systems like Magaldi’s MAC Ash Cooler, Qingdao Songling’s DAP Dry Ash Processor, Clyde Bergemann’s DRYCON , United Conveyor Corporation’s VAX Vibratory Ash Extraction, etc. are operational worldwide but with limited appearance in the Indian TPPs.

This year’s Asia-Pacific Conclave has therefore chosen the dry extraction and effective utilization of bottom ash as the primary focus area. The Conclave will take place March 17-18 in Kolkata, India. The Conclave will focus on the above mentioned topics as well as hazardous emissions. Legislation as recent as December 2015 in India is targeting the cleaning of coal through emissions. The notification states that as of January 2017, emission norms must be as follows :

The Conclave intends to deal with the best available technologies for emission control and lowering the amount of water required per megawatt of power generated.

AsianCAA will be bringing a delegation to support and help facilitate academic and commercial exchange at the upcoming Conclave.

Check out our upcoming events page to learn more!

AsianCAA welcomes the membership and participation of the Coal Ash Institute of India (CAII) to the World Wide Coal Combustion Products Network. The induction took place in December 2016. “We are very pleased to be working with Dr. Chatterjee and his team to enhance collaboration and exchange across the region,” stated Mr. David Harris, Chairman of AsianCAA.

Coal Ash Institute of India’s mission is to promote eco-friendly and gainful use and management of coal ash generated from thermal power plants. They support technical research and host meaningful exchanges regarding coal ash research concerning utilization and production in India. CAII will be hosting the third Asia-Pacific Conclave this March 17-19, at the Hotel Pride Plaza in Rajarhat, Kolkata. The conclave will address dry extraction and effective utilization of bottom ash. It will also cover technological advances in other coal combustion products and emissions in thermal power plants.

AsianCAA is planning a sizeable delegation in support of this conclave, and Mr. David Harris will be contributing an oral presentation on Coal Ash processing and utilization in China to the proceedings. For more information about this event, please view the event brochure,

Please visit our contact page to submit any inquiries about the upcoming event. 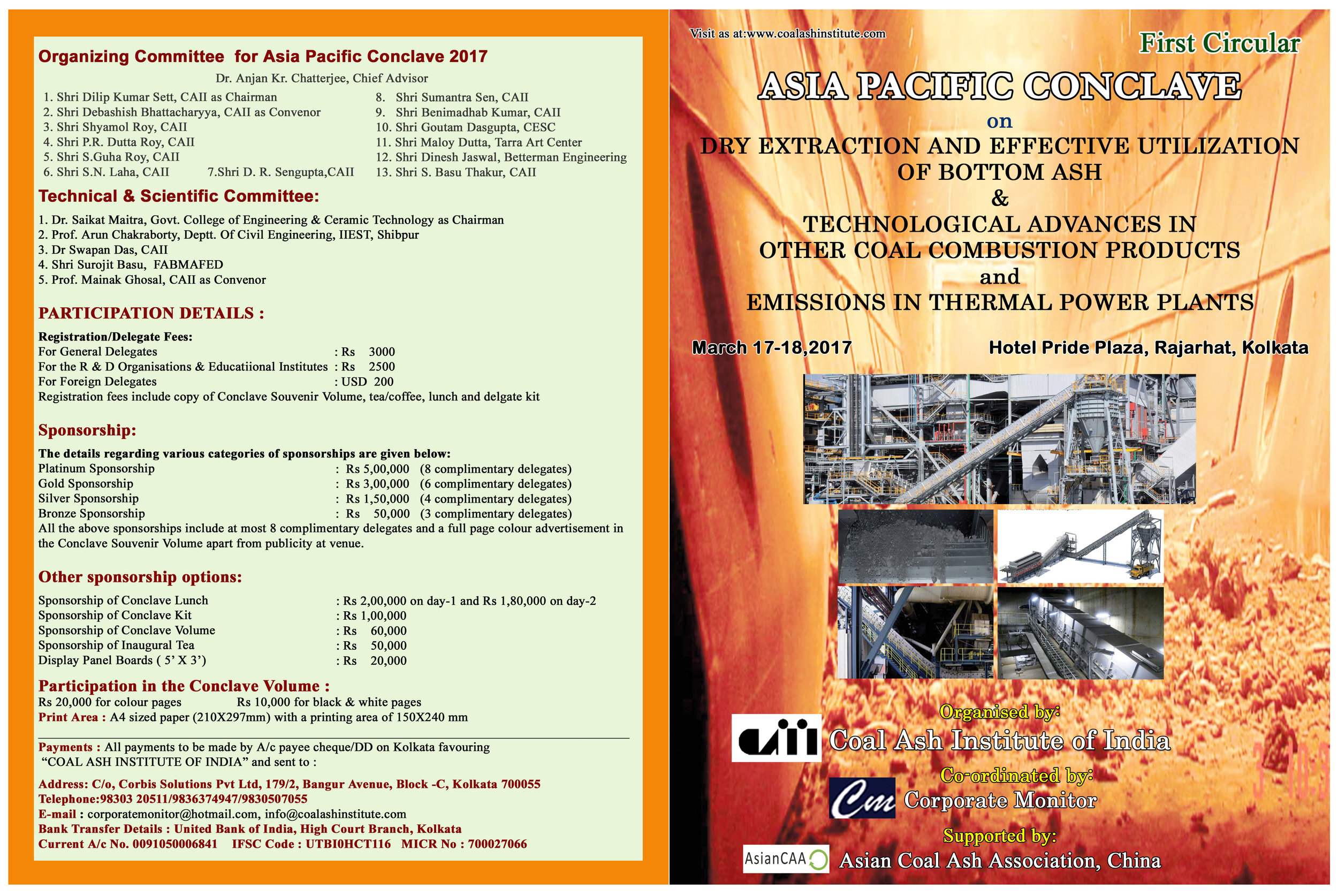 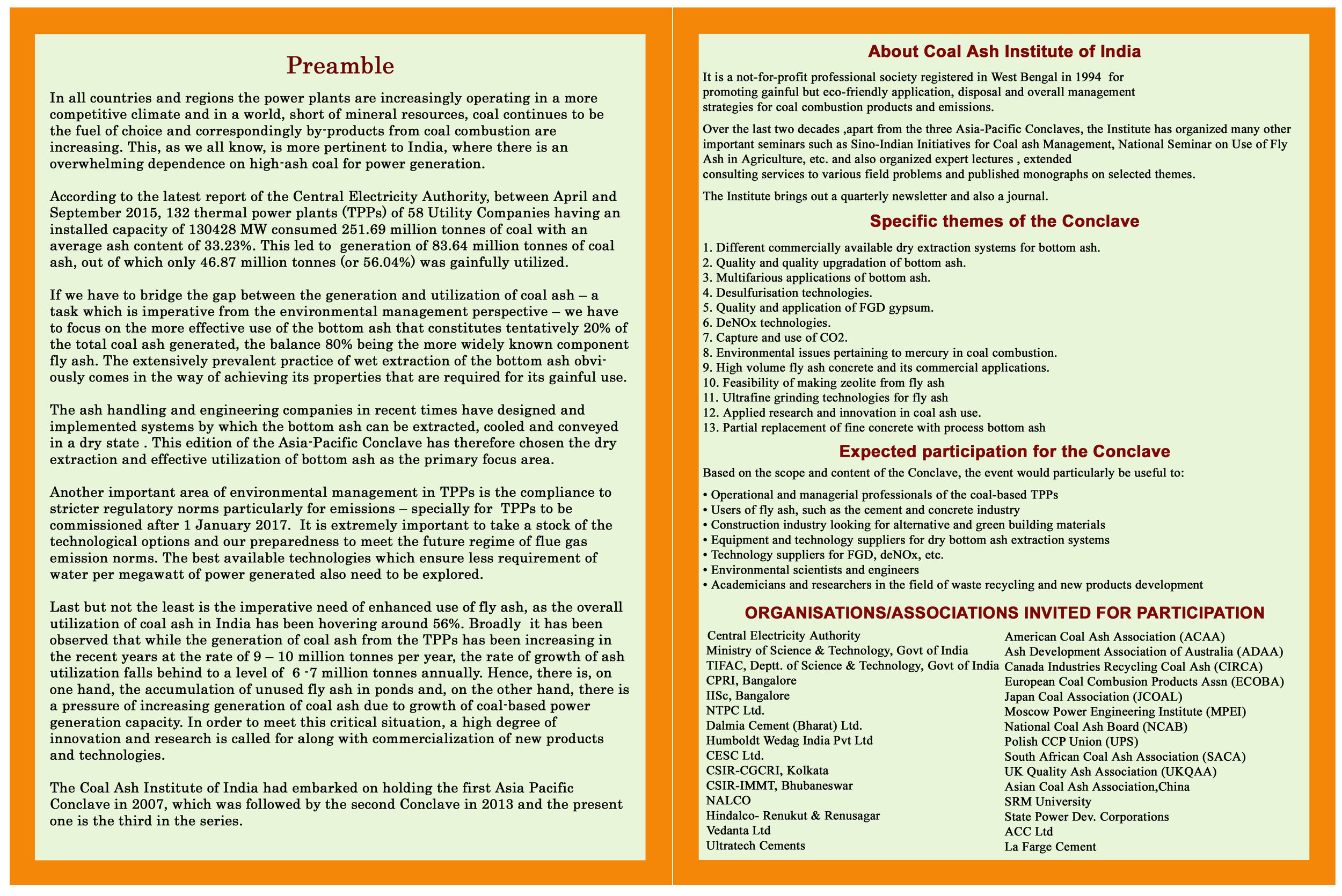 Stay up to date with our Newsletter! 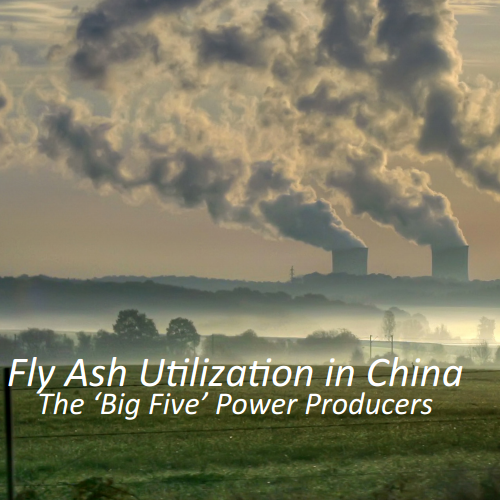